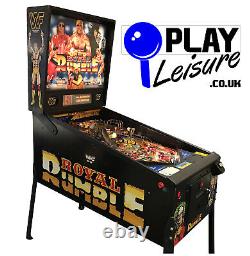 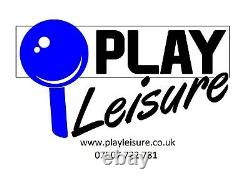 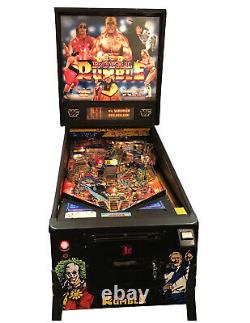 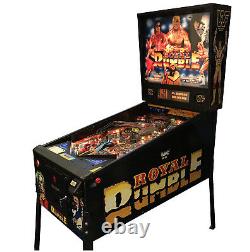 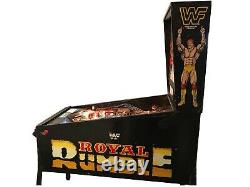 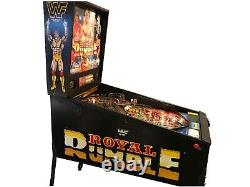 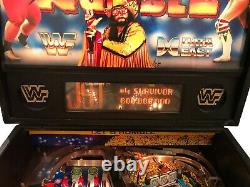 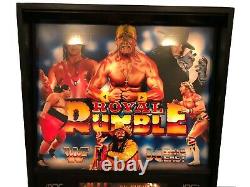 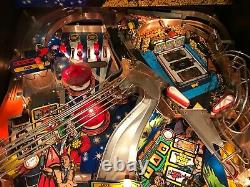 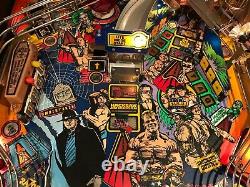 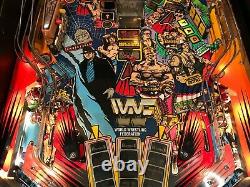 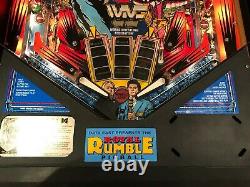 In good overall condition with some signs of use on the artwork and playfield. The Unit measures 198cm High x 71cm Wide x 137cm Deep.

Yes, it's located at Play Leisure in Dunkeswell, Devon. It's like Aladdin's Cave here! Price is for collection from Devon. You are also welcome to collect yourself.

You'll be able to have a play before they leave. We spend a lot of time carefully working on these games to bring them up to a'playable' standard. Some of the games we sell are 20-30 years old so this can take some time! When we list a game for sale it's ready to be played.

On some games, there maybe minor issues but these will not affect the playability of the game itself, in a similar way to a car having 70,000 miles on the clock may have the odd knocking sound etc. Watch the video in the listing to get a really good overview of this game. Terms and Conditions apply, for further information please ask.

Between our technicians we have over 60 years of experience in the Arcade Industry. Each machine we sell is checked over and refurbished by our team. We take pride in preparing our games and making sure they are fixed with quality replacement parts. A Sneak Peek Walkthrough the Play Leisure Warehouse! Arcade Machines, Pinball, Amusements and More - YouTube. WWF Royal Rumble was released by Data East in 1994. The Royal Rumble pinball machine is based upon on the yearly WWF event held every January where thirty of the best superstars are invited to participate in a high-stakes, chaotic, over the top rope battle royal. Unlike traditional battle royals, the Royal Rumble introduces one superstar to the ring every two minutes, and they are charged with eliminating other competitors, friend or foe, by throwing them over the top rope to the arena floor. The last man standing in the ring after all thirty have entered, is declared the winner. Royal Rumble was released in 1994 and was Data Easts first wide body table design, with the extra space needed to cage this match of pinball mayhem! This is a star-studded game with the likes of Hulk Hogan, Randy Savage, The Undertaker and Bret Hart dominating the main event. The crowd cheers at each wrestlers entrance and the theme music of over a dozen wrestlers are featured. Hang onto every word of the custom speech track as the voice of WWF calls every move from the dreaded sleeper hold to a full Suplex and thrill as the wrestlers taunt, jeer and cajole your every move! RIP Jackpot - Raise the Undertaker and shoot for the coffin drop targets to get him into the ring for out of the natural world scoring.

No-Hold Brawl - Video mode pits your wrestling skills one-on-one against the world's finest wrestlers. Knock them to the mat and hit the tag button three times to pin and win! Royal Rumble - Complete the 9 grid features, shoot the capture holes and begin to rumble. Shoot the ramps from there and begin the 6-ball Royal Rumble! Go for The Championship Belt - Enter the ring and shoot the drops to win the Intercontinental, Tag Team and Heavyweight Belts!

The item "WWF Royal Rumble Pinball Table Arcade Machine Ready to Play Game Room WWE" is in sale since Monday, December 21, 2020. This item is in the category "Video Games & Consoles\Coin-Operated Gaming\Arcade Gaming\Arcade Machines". The seller is "play_leisure" and is located in Crediton. This item can be shipped to United Kingdom.