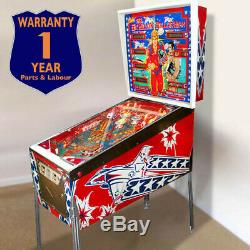 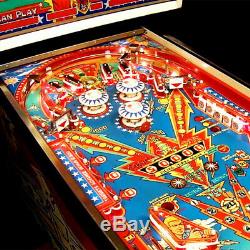 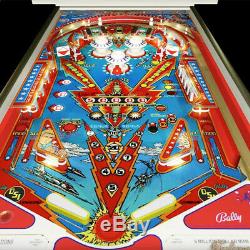 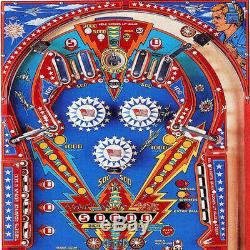 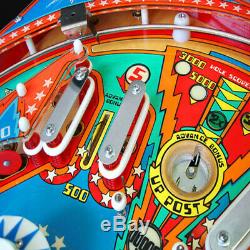 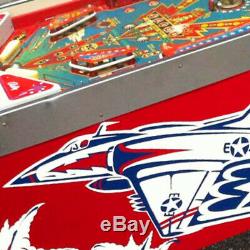 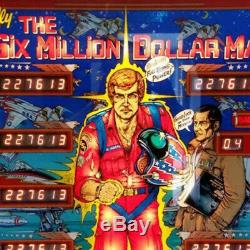 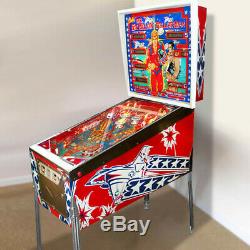 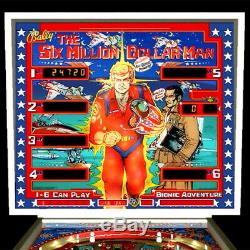 Following a spectacular crash Austin was rebuilt at vast expense incorporating all manner of mechanical and robotic enhancements, garnering many young fans in the process and presumably facing a lifetime of hassle at airport security scanners. The title sequence ended with the immortal pay off line: We can rebuild him, and its a philosophy we took on board when commencing the refurbishment of this classic machine.

Over the years we are fortunate enough to have gathered together a select few individuals whose enthusiasm for jukeboxes, pinball machines and vintage arcade games ensures that they are never less than 100% committed to the task in hand. They quite simply love breathing new life into old circuitry and want to see as many of these classic pieces preserved for future generations as possible. Not for them the perfunctory checklists and proverbial tyre kicking which pass for an inspection at other dealers but instead an unflinching determination to get to grips with the detail. This usually begins with a thorough strip down of the machine and a forensic examination of the internal workings. Theyll be aware of the particular quirks and foibles of any given piece and instead of just replacing failed parts theyll always go the extra mile, swapping out components which are likely to fail in the near future. Rare though many of these machines are, rarer still are the examples which have been properly restored or can truthfully be said to be in full working order. In this business The Games Room Companys reputation is second to none, and as its been hard won over the years its something we never take for granted. Every machine that goes off to a customer, be they corporate or private, is a potential advertisement for the business and if we didnt do our job properly then we wouldnt have the high number of loyal, returning customers that we do. Released in 1978 with a production run of 10,320 units, this is one of the great early electronic (as opposed to mechanical) games. Its a six player pinball, which is quite unusual even now, so you can invite your friends round to join in the bionic fun. The Six Million Dollar Man is an unashamedly patriotic table, with Dave Christensens red white and blue artwork clearly designed to evoke the colours of the Stars and Stripes. Its a fast machine for its time, and you can score a free game reasonably easily by tagging the lit spinners. Another novelty is the pop up post, which springs up between the flippers now and again to help you extend the play. All in all its a great looking and very entertaining game, and one which those of us of a certain age will love for the nostalgia factor alone. Weve always recognised that with specialised products such as these the after sales service is just as important as the initial sale. Fully restored at our own workshop. The Games Room Company is one of the oldest pinball dealers in the country. Our founder, Reginald Waldersmith, played his first pinball game in 1960, and described it without irony as being flipping excellent. The item "Six Million Dollar Man Pinball Machine by Bally" is in sale since Friday, November 22, 2019. This item is in the category "Video Games & Consoles\Coin-Operated Gaming\Pinball Machines". The seller is "thegamesroomcompany" and is located in Addlestone. This item can be shipped to United Kingdom.