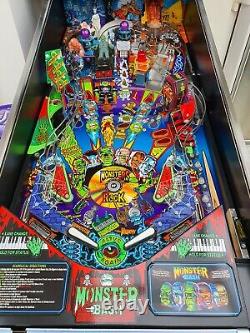 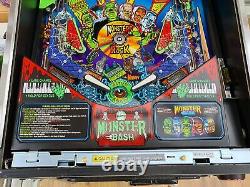 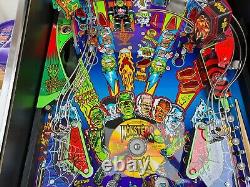 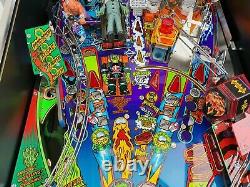 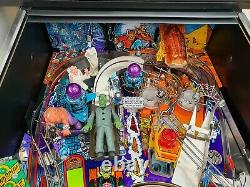 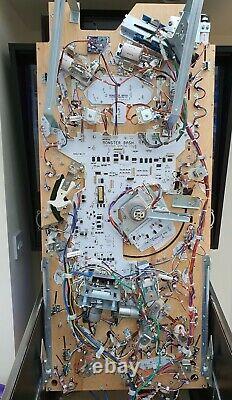 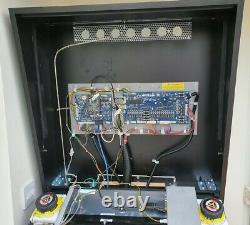 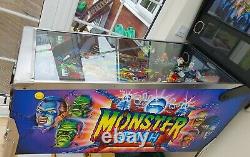 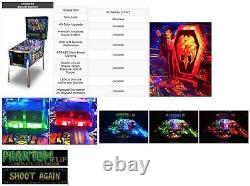 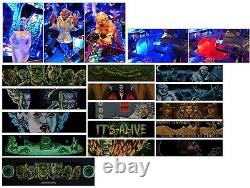 Monster Bash Remake - Special Edition Pinball Machine. More pictures of any part upon request, please just get in touch. You can see other details on the Chicago-Gaming website. Monster Bash is the highly anticipated third game in our series of remakes of the greatest Bally and Williams pinball machines.

Monster Bash Remake was recreated to exceed the high standards of the original game. By using modern electronics, LED lighting, and todays manufacturing technology, the game will provide the pinball experience you have grown to love along with the reliability and craftsmanship that is demanded in todays pinball market. Monster Bash Remake includes numerous features that were never before available and are exclusive to Monster Bash Remake.

For the first time ever, Monster Bash Remake has fully interactive RGB General Illumination. Monster Bash Remake changes the general illumination of the playfield to enhance the playing experience. Watch as each monster now has their own unique light show to add to their eerie performance.

All the Monsters went through a little extra preparation as they were getting ready to take the stage again. The added details on the Monsters are sure to please the crowds. Monster Bash Remake features a custom LED lit popper. During normal game play the popper is blue and blends with the lighting of the playfield, but when you make the shot, the popper turns red and then launches the ball out to continue your quest to create the greatest concert of the centuries. Watch as Frankenstein is being put back together.

Every hit to the moving targets not only helps you get Frankenstein on stage, but also changes the moving targets lighting from green to red. Dracula decided to join in and added some extra LED lighting to his coffin. Watch out though when his coffin glows, he will be coming out to join the band. Sound is a crucial component of the player's experience.

The system's class D digital amplifier powers two 120-watt poly-cone coaxial speakers and a single 8 190-watt poly-cone woofer to provide an unprecedented immersive audio experience. Additionally, owners are now able to control the balance between the speaker panel and the cabinet woofer. Whether you prefer thumping bass or something more traditional, you now control your audio experience. The speakers are illuminated with red, green and blue tri-color LEDs. These are utilized to create lighting effects which have been integrated into gameplay.

XL Display - Nearly 2x the viewable area. ATHYRIO GAMES has done it again and created all new full-color display artwork, re-imagined within the framework of the original Williams display artwork at four times the resolution. Nearly 3,300 frames have been painstakingly animated to create a display that features full color and four times the number of dots as the original Williams game. She's a beautiful game, you will not be disappointed!

The item "Monster Bash Remake-Special Edition Pinball Machine-Mint Condition-Home Use Only" is in sale since Sunday, January 10, 2021. This item is in the category "Video Games & Consoles\Coin-Operated Gaming\Pinball Machines".

The seller is "fensol123" and is located in Southport. This item can't be shipped, the buyer must pick up the item.