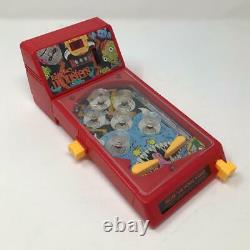 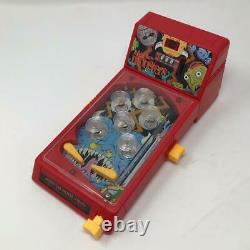 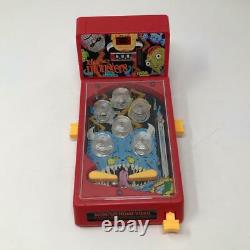 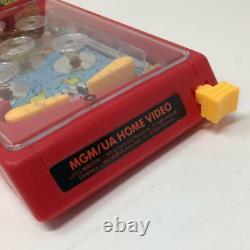 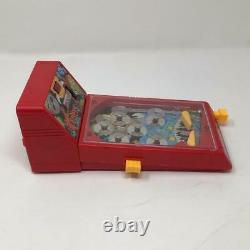 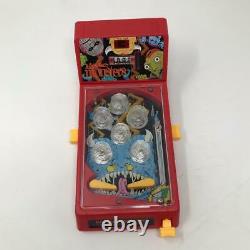 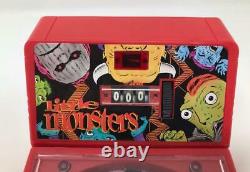 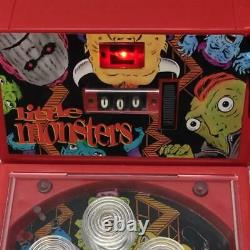 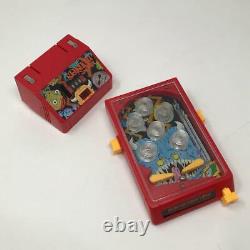 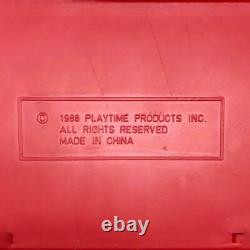 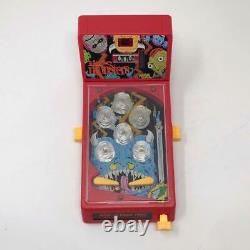 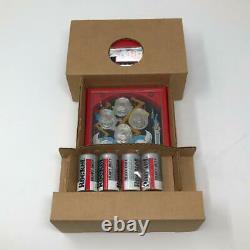 MGM/UA Home Video released Little Monsters (1989) the following year on laserdisc and VHS. To promote the film and encourage customer engagement, the distributor licensed a limited number of novelty mini-pinball machines with images and illustrations from the film. The machine was developed by Playtime Products in 1988 and licensed to MGM/UA Home Video in 1990. The game is semi-functional with an active plunger and flippers. It includes a scoring wheel (manually operated) and a small repeating red light in the center (the assembled machine is designed as a novelty toy). The entire assembled pinball machine measures about 10 inches long and about 5 inches wide. Little Monsters 1989 MGM/UA Home Video VHS Promotional Mini Pinball Machine NIB. The original batteries were initially inside the box and can be included if so desired (they are not viable but are also intact with no visible corroded edges). This collectible promo arcade game is uncommon and was never made available to the public. Video stores received these as an intentional customer loyalty gift. They do show up on the market from time to time, but rarely new in their original box. This particular specimen was assembled for the photos and loaded with new batteries, but has otherwise never been displayed. The pinball machine is clean with no signs of external wear. All of the external dressings are adhered with no loosening or peeling. Vintage in the extreme and uncommon. Auctions can be paid after the final listing has ended. TERMS: Our terms are straightforward: satisfaction guaranteed.

Thank you for checking us out. ABOUT VIDEO SANCTUM: Founded in 2010 and based in Houston, Texas, Video Sanctum is an international video retailer specializing in obscure, factory-sealed and out-of-print horror and exploitation films on analog media formats. Video Sanctum is owned and operated by video collectors who value the historical significance of genre film and media spanning the pre-digital era. We are proud to deliver quality VHS/Beta cassette tapes and other retro items to dedicated fans of HORROR, EXPLOITATION, SCI-FI and CULT films.

Be sure to out the Video Sanctum store. Most video titles are categorized by distributor. Thank you for checking out Video Sanctum!

This item is in the category "Entertainment Memorabilia\Movie Memorabilia\Merchandise & Promotional\Other Movie Promo Merchandise". The seller is "videosanctum" and is located in Houston, Texas. This item can be shipped worldwide.