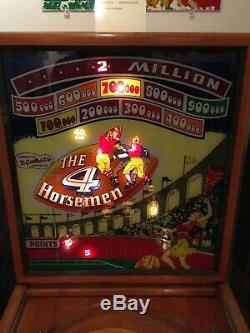 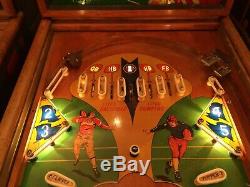 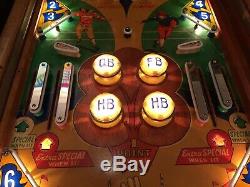 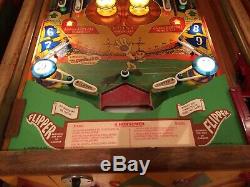 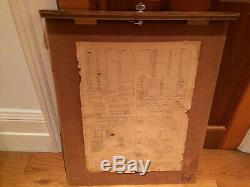 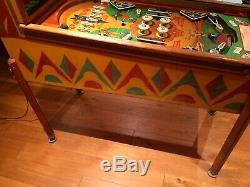 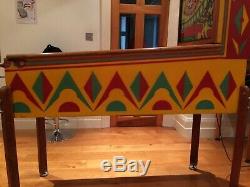 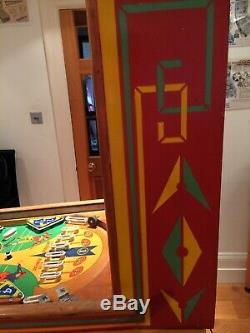 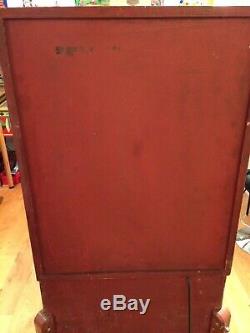 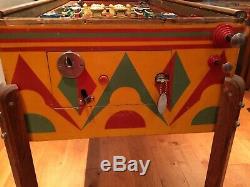 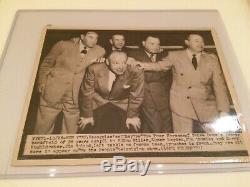 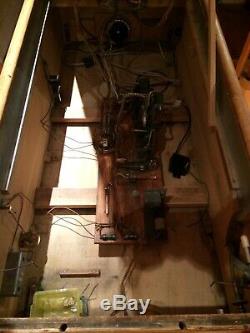 Quite a long description as many have not seen this type of game. This is a Gottlieb 1950 Woodrail Pinball Machine. From 1950 - 1955 Gottlieb made some of the finest electro-mechanical pinball games of all time. Not only did they look wonderful with Roy Parker art packages, they also had wooden trim and wooden legs. They look fantastic next to Jukebox's of a similar era.

As far as I know this is the only one in the UK (this title) and there are one or two in Europe. The pinball museum in Paris actually doesn't have one in it's collection. Condition is everything and will determine the price (after rarity). Generally the more original the game is the higher the price - same as the antique market.

This game is now 69 years old! There are hardly any of these Gottliebs in the UK as pinballs only started hitting the arcades around 1961? So, moving on to this particular game, for anyone still awake!

I imported this game from USA 3 years ago. It came from Wisconsin and has been in private collections for decades. The BIN price is a fair bit lower than my total cost price. The game works 100% and is a great player for a game of this era. There are 4 different ways to win.

Win on single points, win on millions and get specials from collecting all 11 gates, and specials for collecting rollovers. There is a video of this game being demonstrated on youtube. Search for - Gottlieb's Pinball Woodrails The 4 Horsemen. Possibly the only game you have a 3 rollover special. It's a so called gate game. Game stays shut for first 300 points. It's one the easier games to win on and that's why there are even less of this title left as players love a game that pays out!

Included is a photo of the original 4 Horsemen of Notre Dame. As for the all important condition, it's incredible for 69 years old. As the coin doors are not fixed/hinged in this era, most get lost and replaced. Not only is this original but in amazing condition.

Paintwork of cabinet is all original, no touch up's that I can see. Correct wooden door, with original schematic still stapled in. You can see by the markings on back of game, how little this game has been moved around. Having looked at 100's of woodrails over the years, guessing this game went into an operator's home fairly early on and stayed there.

Obviously some wear - expected for a 69 year old game. But, very very good indeed. Dare I say it, better than some of the latest Stern and JJP games? Pop bumper caps are original. Originals in a box as spare but 50's plastics were the least resilient part of the game.

New reproduction silk screened glass. Original on the wall but included in sale. Pretty good, some paint loss. Once game leaves here, no longer my responsibility.

I can pack it up. Can be broken down etc.

If within 100 miles, might be able to deliver and set up if my son agrees to do the lifting! Whilst game works 100% now, switches do go out of alignment so it's good to have some knowledge of how these work. That said, no reason why this game won't last another 69 years! As David Gottlieb said, there is'no substitute for quality'. He did say years later that he never expected these games to last as long as they have!

The item "1950 Gottlieb The 4 Horsemen Pinball Machine Jukebox Vintage Antique Rare" is in sale since Sunday, September 22, 2019. This item is in the category "Video Games & Consoles\Coin-Operated Gaming\Pinball Machines". The seller is "tommymaxie" and is located in Cheltenham.